The Theater, A Sanctuary

I enjoy the movie theater. I didn't get much experience as a child, but I got to enjoy it more as an adult. This past year, it became one of my favorite places. I enjoy the anticipation that is built in knowing a movie is coming months or even years in advance. Finally, the day arrives.  The ticket is in hand (or on my phone).  I meet up with friends who share this delight. We find our seats, enjoy the previews (or not), and then the lights dim. Perhaps the screen expands.  And what happens next is nothing short of magical.

The Luxo lamp bounds across the screen to the Pixar logo.  I am about to see another storytelling masterpiece called Inside Out. I laugh at the amazingly clever humor.  I weep at the brokenness of a child. I am swept away in emotion by a movie about emotions.

The 20th Century Fox fanfare begins, but it is almost immediately enhanced.  A single piano crescendos over the typical brass and strings. And as the camera pans down, I find the Peanuts' character Schroeder is the amazing culprit.  The smile it puts on my face doesn't go away the entire movie as I am smitten with the plight of good ol' Charlie Brown and his wishy washy pursuit of a little red-headed girl, with his faithful dog whose imagination owns the screen. They couldn't have done it better.

The room is packed and the credits never seem to end.  Then, the Lucasfilm logo appears and no one can hold it back anymore.  They cheer.  And we're taken through a blast of horns to a long time ago and a galaxy far, far away to witness a seventh episode of Star Wars. Incredibly fun, adventurous, and magically mythical. As I witness a young scavenger girl called out by the Force begin to believe and embrace that calling, igniting a lightsaber, chills run down my spine.  As she scales never-ending steps on this beautiful island to find a long lost Jedi, my breath is taken away by the sanctity of the moment.

As I shared with campers this past summer, the theater is a sanctuary for me.  That may sound sacrilegious, but that may be because the foremost meaning of sanctuary is a sacred or holy place, the auditorium of a church, etc.  But a sanctuary is also a place of refuge or asylum.  The theater is a place where I am separated from normal life with one express purpose - to be told a story. It is a place of rest when one is told well, perhaps even a place that becomes holy to me when I see God's truths break through the story and the characters.  Perhaps to some degree, I return to my world a different man than before, with new thoughts and dreams and treasures won from the journey.

So check out that film, buy some popcorn, and experience a story.  Maybe like me, you return with more than a ticket stub.
Posted by Nathaniel Miller at 10:40 PM No comments:

I have played around in my mind about writing this for some weeks now.  Like writing anything, I like the idea but find every reason not to write it.  I think it's mostly that I'm afraid - afraid it won't be good, afraid no one will read it, afraid I could be doing other things with my time.  But writing often brings special joy when it fights against its maker's fears and fingers to the page.

In this case, the fears are completely unfounded.  I love Christmas!  I love music!  I love Christmas music!  I need little excuse to listen to it or contemplate it.  So if there is a writing exercise that should produce some sense of delight, it would be this.  I have picked my current six favorite Christmas albums.  The one criteria I used in picking these albums is that they have to be albums I enjoy listening to from beginning to end.  No doubt anyone who reads this will disagree on some of these.  But since it is my blog, I get to write about what I like!


Ok, part of the reason for this is my affection for Peanuts and this Christmas movie in particular.  But the music couldn't be more fitting.  The northern California jazz makes we want to settle in with a cup of hot chocolate and chill.  The arrangements are both incredibly simple and incredibly complex.  Simple in that it takes just a simple trio to make these songs come alive.  Complex in that one a really skilled one like this group could make it come alive, to make the Peanuts feel alive.  Throw in some children singing along, even imperfectly, and well...good grief, it's good!  Personal favorites: Christmas Time Is Here, Linus & Lucy, Skating, and Christmas Is Coming. 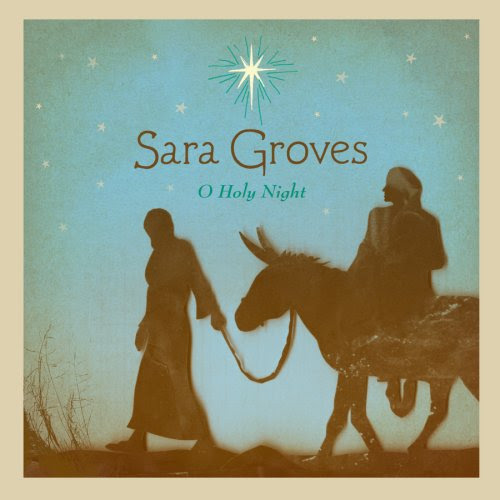 The trouble with making Christmas albums is that every artist is expected to do so at some point.  A lot feel like they are thrown together - just sing some favorites with maybe a new tune or two.  Sara Groves's is bold.  She takes those favorites and writes her own melodies with her own sensibilities.  It is Sara Groves' Christmas album, meaning that no one else could make this album but her.  It is thought provoking the entire way through.  I love Toy Packaging, a song of frustration, and To Be With You, a gorgeous song that reminds me that I will be gathering with my family for memories and worship really soon.  It is a beautiful album.

Christmas on the piano - no elaborate production, no complexity, not even any lyrics.  This is just a simple man with a penchant for playing his own arrangements of Christmas songs on a piano.  What makes it even better is that it was recorded on his grand piano in his living room.  In other words, it is very intimate without even saying it.  I can listen to it awake, and no album is better for falling to sleep to on a Christmas Eve.  Personal favorite - It Came Upon A Midnight Clear.  Gorgeous. 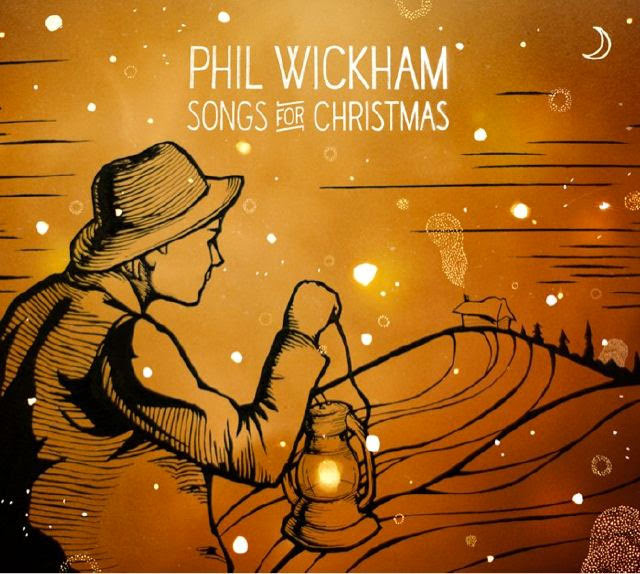 This album is just...man.  It's so good!  From the opening interlude into the acoustic folkiness of The First Noel, Phil Wickham hits it right.  This is a produced album, but not over produced.  Each instrument is subtle and the layers add up well.  And of all the vocalists I have listed in this set, he is by far the best.  I want to gather round a fire right now and listen to this Christmas music par excellence!  In addition to the two above, I like Silent Night, Christmas Time, O Come O Come Emmanuel, and Little Drummer Boy. 
Most Christmas albums are collections of Christmas songs.  But Jason Gray's album is, in my opinion, a Christmas concept album.  Nearly every song is diving into the the narrative of the Christmas story, into the characters.  It refuses to simply tell the story but experience the story along with those who did.  "Rest" potently embraces the harried innkeeper. "Avé Maria" with Jason's own lyrics merges her innocence with her struggle.  "Forgiveness Is A Miracle" feels Joseph's broken heart.  As some of these characters are my heroes, I enjoy hearing their heroism.  "I Will Find A Way" is Walt Wangerin's short "An Advent Monologue" translated into song and is quite possibly my favorite modern Christmas song.  This is an album that can't be listened to in its individual songs.  It should be listened to in its entirety as it does indeed repeat the sounding joy of the Christmas story. 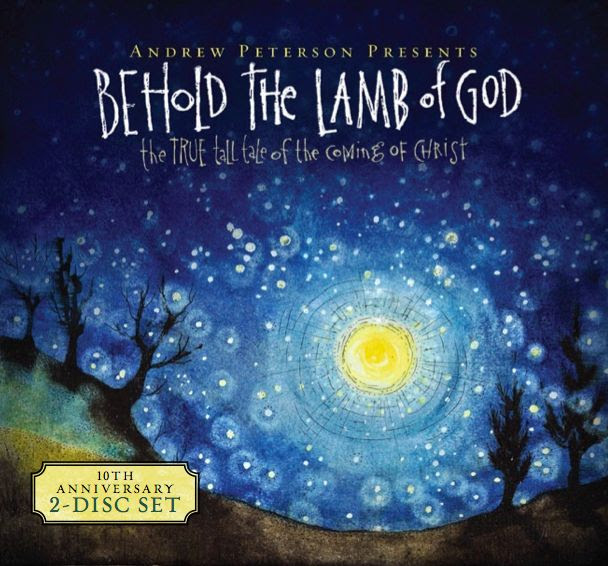 Behold the Lamb of God: The True Tall Tale of the Coming of Christ
Andrew Peterson

This album simply outshines every other Christmas album I have ever heard in several respects.  First, it transcends Christmas.  Each song is written to tell the story of Scripture, telling the need of the coming of a Savior, finishing with a call to behold the Lamb who was born to die and rise again.  Second, I have had the joy of hearing this album performed live for 9 years now.  What artist releases a Christmas album then faithfully tours it for 15 years?  It captures the beauty of Christ's coming and His victory over my sin in amazing ways.  It is not simply my favorite Christmas record.  It is one of my favorite albums period.
Posted by Nathaniel Miller at 10:42 PM No comments:

The Revival of A Christmas Carol

Nearly every December, I make a point to read A Christmas Carol by Charles Dickens. This ghostly tale of Ebenezer Scrooge has been portrayed in nearly every art form imaginable multiple times over. Still, I find this book fresh and invigorating.

Read more »
Posted by Nathaniel Miller at 11:46 PM No comments:

I pulled into the parking lot at the gym at which I work out - you know, typical-day-stuff-that-eventually-presents-something-different-type thing.  I was taken back by how full the parking lot was.  The reason became apparently clear - there was a long line curving around the general store.  The line was full of parents and little children.

Read more »
Posted by Nathaniel Miller at 11:19 PM No comments: